Front Inner Jacket Cover
Time marches on. La Mala’s foes die as do her friends. Her most trusted ally, her lawyer, dies. He’d authored a web of graft, bribery and corruption. His son inherits the job of shielding La Mala. Mauro is an ideaistic young attorney reluctant to step into his father’s shoes. His closest friend, political newcomer Miguel Alvarado, is now his opponent. La Mala is Miguel’s family’s mortal enemy. Mauro’s inheritance of his father’s role pits him against his friend.

Miguel and La Mala become the faces of Mexico’s war against drugs—Miguel fighting against crime, against La Mala’s ever tightening grip on her underworld empire.

The basement incinerator is there any time La Mala’s secrets must be kept or respect reenforced. But La Mala can not live forever. Her grandson Rico is a man with a plan.

Spine of the Jacket Cover
Rico by George Hatcher

Back Outer Jacket Cover
In Juarez, a sprawling tropical garden estate crouches behind twenty foot walls where the Santos brothers, heirs to the Hidago drug trafficking fortune, grow up like royalty. The boys know Magda Hidalgo Cordova only as their blessed and beloved abuelita, and indeed, to the poor of Juarez, she is their generous patroness. In South America, she is a household name. To those who cross her, she is La Mala, devil incarnate. La Mala recruits English widower, James Baker, and a teacher, Elena Munoz, to live within her citadel, to become part of her household to teach Rico and Victor life lessons beyond any standard curriculum. Behind security that crosses all of Mexico, in this fertile greenhouse, Rico and Victor grow from boys to men, know no hardship, and have everything their hearts desire. In their childhood innocence, they accept the terrible secrets hidden in their garden. Their love for their abuelita is absolute. Drug trafficking is a sickness that the government must eradicate, putting La Mala, Rico, and Victor on a collision course. Mexico is fighting for her life, and her people. Whether the boys inherit La Mala’s genius for revenge is a question the world would be better off not knowing.

Back Inner Jacket Cover
George Hatcher’s entrepreneurial spirit has led him to own a diverse range of businesses. Writing is not only his escape, but also his path to adventure. While the rest of us huddle in our homes away from the pandemic, he writes his way into well-imagined convoluted lives in the sixties, seventies, and eighties, traveling where planes could never take us, into decades long gone, into lives we can not even imagine, which, for the author weaving his web, is the whole point.

He says, “I’m a guy with a ninth grade education and decades of unique experience. I’ve survived bad times, seen some ugly things, and I’ve lived the good life. I scoff to call myself a writer, but I am a storyteller with many stories still to tell. I enjoy getting into the heads of my characters and writing in multiple first person. My characters take on lives of their own.

Available in hardcover and eBook formats. Soon available in paperback and audio formats. 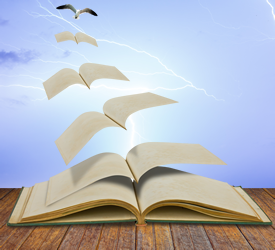